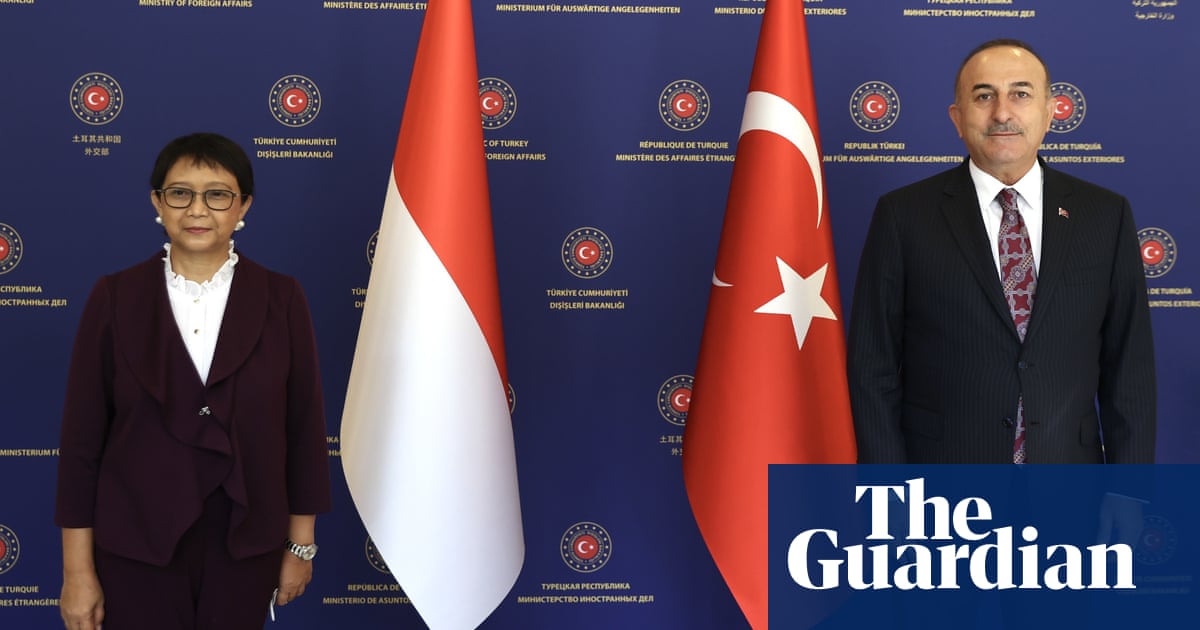 Foreign ministers from several Muslim-majority countries are planning to go to Kabul in part to urge the Taliban to recognise that the exclusion of women and girls from education is a distortion of the Islamic faith.

The proposal has the support of western diplomats, who recognise that calls from them concerning universal values are going to have less traction with the Taliban than if the request comes from leaders of largely Islamic states.

The Taliban have debarred girls from going to secondary school since they took power in mid-August, producing a variety of reasons for doing so, and occasionally suggesting the ban is temporary.

The two foreign ministers most likely to go to Kabul are the Turkish foreign minister, Mevlüt Çavuşoğlu, and his Indonesian counterpart, Retno Marsudi, arguably the most senior Muslim female diplomat in the world.

“We follow the situation in Afghanistan closely. We are planning to go to Kabul with some other foreign ministers in the upcoming period,” Çavuşoğlu said at a joint press conference with Marsudi.

Çavuşoğlu said he had discussed the plan with Marsudi during their meeting on the sidelines of the UN general assembly in New York. Some other friendly ministers also “loved the idea”, Çavuşoğlu said, adding: “We will plan for this in the coming days.” The visit would also be an attempt to set the terms for improved humanitarian support for Afghanistan.

At the G20 special conference on Afghanistan on Tuesday, the Turkish president, Recep Tayyip Erdoğan, proposed a G20 permanent working party be set up to address the humanitarian crisis and to direct the Taliban to a more inclusive system of government. Turkey has been striving for influence in Afghanistan for months, but its proposal to oversee Kabul international airport ultimately failed due to a lack of security guarantees from the Taliban.

Indonesia is the most populous Islamic country in the world, and prior to the Taliban takeover, the reformist Sunni Indonesian organisation Nahdlatul Ulama had set up a network covering 22 of Afghanistan’s 34 provinces. Indonesian politicians have also been involved in reconciliation talks with the Taliban through much of the past decade, promoting a more centrist Islam.

Within Indonesia, the ministry of religious affairs, hand in hand with the country’s two leading Muslim organisations, Nahdlatul Ulama and the education and social charity Muhammadiyah, have created a nationwide network of madrasa-educated women. Setting aside ideological differences, historically both groups have welcomed female students to madrasas.

Although there has been disagreements over their quality, Indonesian madrasas have achieved gender parity in school enrolment. There are also more girls than boys at the upper secondary level.

The Taliban have come up with a variety of excuses for not allowing girls to return to secondary school, but ultimately their conservative brand of faith debars women from working or education.

One diplomat favouring an intervention from Muslim leaders said: “The idea is that figures like Marsudi would go and point out: ‘You say women are not capable and must stay at home and here I am the foreign minister of Indonesia.’ It would not be a lecture but be the power of example.”

Karim Khan, the newly appointed international criminal court chief prosecutor, speaking at the Global Security Forum in Doha, also urged the Taliban to realise they were pursuing an overly harsh form of Islam.

Khan, who is Muslim, said: “The Holy prophet of Islam said very clearly an individual who educates his daughters will go to paradise (Jannah). He told Muslims learn from Aisha. This is the religion of Islam that is completely against people who say that women should not be educated, who target or persecute women for no other reason than their gender. The holy Qur’an says men are garments for women and women are garments for men.”

Report to urge charges against Brazil’s leader over pandemic