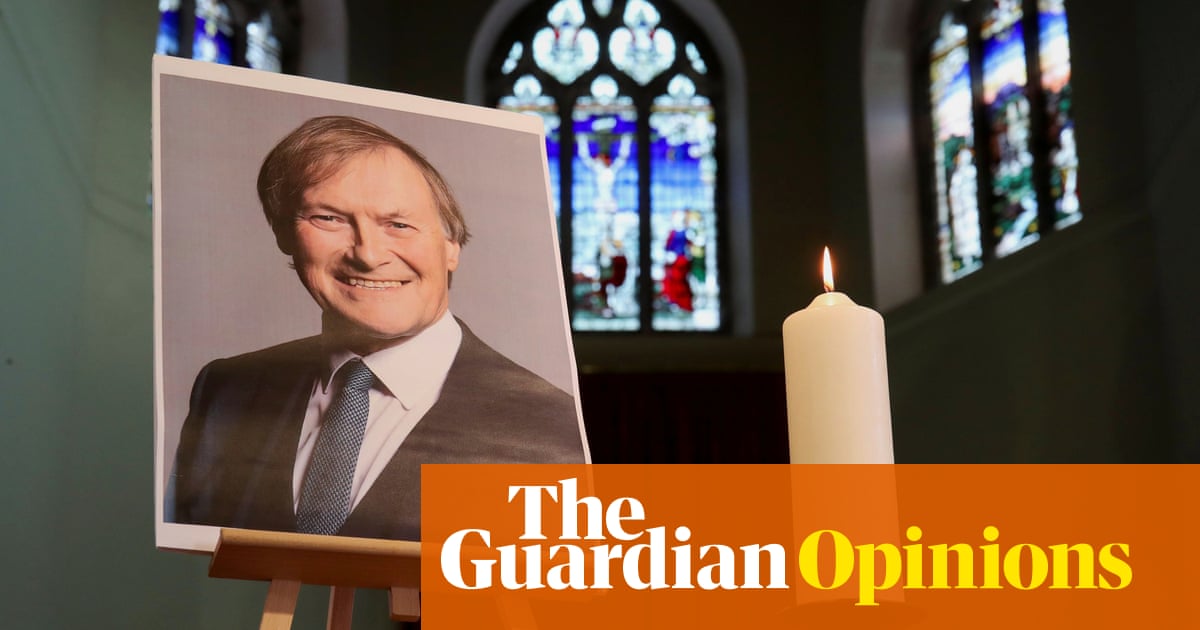 “So therefore I will be suing the council,” the greying gent, sat on the opposite side of the table from me, said triumphantly.

I nodded but felt distracted. Not only was my mobile incessantly pinging, I was still trying to process the bombshell news. Here was I in my Friday constituency surgery in a church. Meanwhile the revelation that a fellow MP had been fatally stabbed while doing the very same was sinking in.

The brutal killing of David Amess has shocked the nation. I felt numbed. Last week, I served on a parliamentary delegation to Qatar with other MPs that was led by him. On Thursday night, my last WhatsApp was from him to the group of 14, thanking us for our service. By Friday lunchtime, he was gone.

The distinctly unglamorous in-person surgery, where politicians sit with the public in order to resolve issues, is a uniquely British phenomenon. It always surprises international observers just how accessible UK MPs are. I’ve only recently restarted mine since Covid pulled the plug on them in March 2020, so was a bit rusty on routine. Pre-informing the police, as recommended since the murder of Jo Cox MP in 2016, had slipped my mind; I texted my borough commander hastily en route to the location.

There is little sympathy for politicians in modern Britain. Women and ethnic-minority MPs face the worst, visceral hatred – and I’m both. After an Islamophobic package was sent to my office in 2018 – an event that required police attention and led to the hospitalisation of a member of my staff – my parliamentary post is now screened offsite before it reaches me. Social media haters are a constant background hum, though I brush them off as coming with the territory. Nobody would ever clap for MPs, yet we are, in a sense, frontline key workers.

Prior to my afternoon surgery I’d acted as mediator between a housing association and disgruntled residents in a community centre, visited a building site and spoken to students about Cop26. Our job has elements of Citizens Advice, Acas, Relate, court jester and chatshow host rolled into one. Parliament’s physical home dates back to about 1080 but only for the past 30 years have proceedings been televised. Now our every action is pored over by trolls looking to trip us up on social media.

Away from the cameras, though, there are good friendships across party lines. David Amess was always an exemplar of decency and courtesy. Though being an Essex leaver – unlike west London remainiac me – a common interest in the Middle East qualified me to join last week’s delegation with him to interrogate the Qataris on labour rights, World Cup readiness, Afghan refugee resettlement and even energy supply – a significant proportion of UK gas comes from there. David was so enthusiastic, commenting on how Qatar advanced exponentially every time that he visited. Tragically there will be no return trip.

At Al Jazeera’s HQ, it fell to me to introduce our group leader. “Sir David’s parliamentary career dates back to the last century. Yet he never ages,” I declared. Indeed his smiling features would be familiar to anyone who remembers the 1992 general election: the moment he won his Basildon seat signalled the Tories’ unprecedented fourth consecutive election win. Parliament, Essex and beyond have been cruelly robbed of his youthful cheeky grin for ever.

We need to drain our politics of the bitter rancour: more being cross-party and less being cross. Referring to the adversarial nature of the Commons layout, Winston Churchill once reportedly remarked that it’s not the enemy who are opposite, they are the opposition: the enemy is behind you. Yes, MPs are fiercely competitive. David had friends across the political divide and was never promoted to a ministerial position by his party, but this tragedy shows that politics is about much more than Westminster rivalries – it is indeed life and death.

I don’t want a life hidden behind layers of security, but this is now the second time in my career as an MP that one of our own has been killed in this way. When our unseen staff are also fair game, new risk reassessments are needed.

My own Friday surgery, which overran, saw four local police officers turn up. I embarrassedly told them I’d rather they apprehended Ealing’s criminals. However we cannot rule out copycat attacks, and all MPs will now be questioning their arrangements. Lasting measures should occur to prevent this happening again. After two killings, serious thinking and action is needed to drastically reduce the chances of there being a third.